Our Attack Vector Miner (based on AI) is a very effective tool to identify 0. day attacks.

Discovery of a New Botnet

At the beginning of July, our Attack Vector Miner created a new cluster, filled with logs about a new type of botnet. We perceived the first incident on 16th June from an Indian IP address (106.51.152.115). 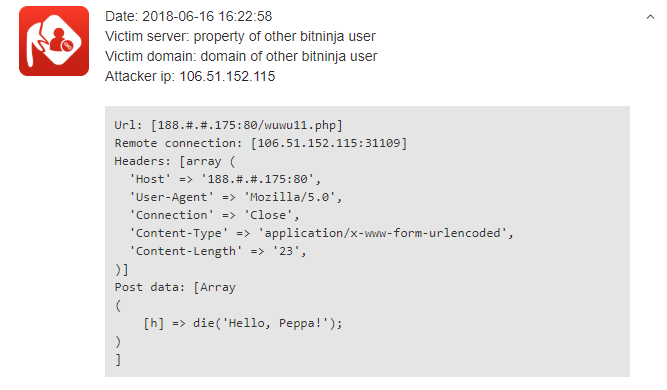 The first incident of the “Hello Peppa!” botnet

Since then, we have detected more than 120.000 attacks of this

The Behaviour of the “Hello, Peppa!” Botnet

The specialty of this botnet is that the die (“Hello, Peppa!”) appears in the Post data
, as can be seen in the above screenshot. All attacks target the 80 port (HTTP) and use the Mozilla/5.0 user agent. 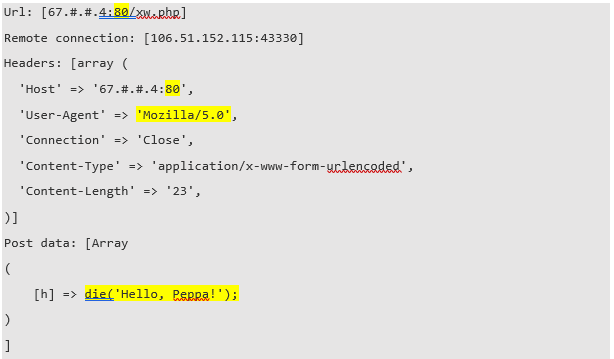 This botnet is like a hyena, which looks for the remaining meat left by a lion who has done the hard work. It searches for backdoors that were installed during a previous attack/infection by someone else.

between June 16th and July 20th. Following July 13th, the number of attacks began to decrease, but the flaw isn’t over yet.

Let’s see where these attacks are coming from.

The top 5
attacking countries are responsible for more than 87% of the all “Hello Peppa!”
attacks. You can see from the table, that China leads this list by a significant margin.

From the next chart, you’ll see the distribution of the top 10 attacking countries: 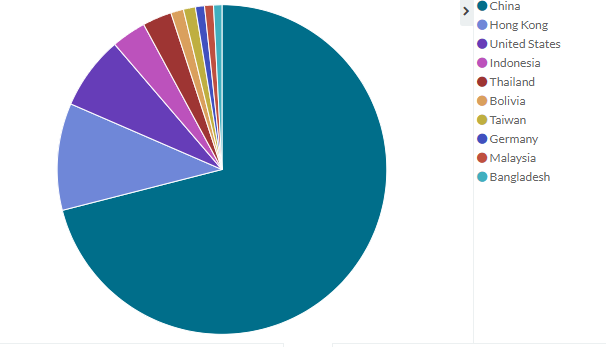 The most frequently attacking IP’s page in the BitNinja Dashboard

The following URLs were mostly targeted:

The Protection Against the “Hello, Peppa!” Botnet is Here!

With BitNinja, you don’t have to worry about being attacked. In order to protect your servers, the only thing you have to do is enable the 404001 and 404002 WAF rules on the Dashboard. 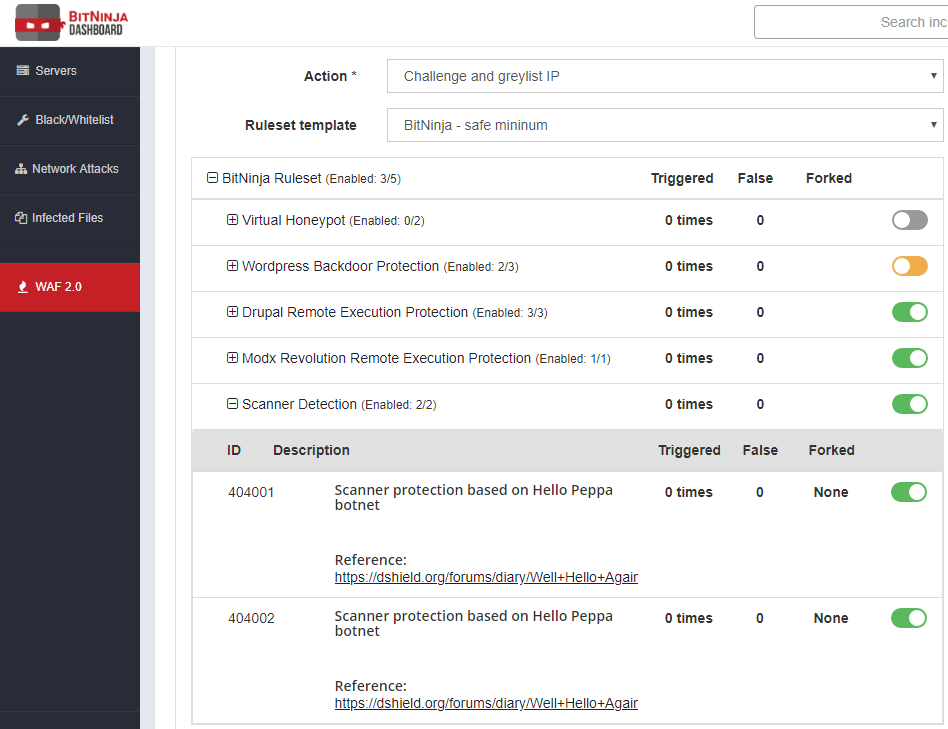 Here are some examples for the very first catches of these rules.

Since the rules’ release, they have been triggered approximately 1052 times in the first 24 hours and 60 IPs were greylisted thanks to them!

Need help with it? Have a question? Leave a comment under this article.

Curious about the next catch of our Attack Vector Miner? Stay tuned! Soon, we’ll publish more. 😉