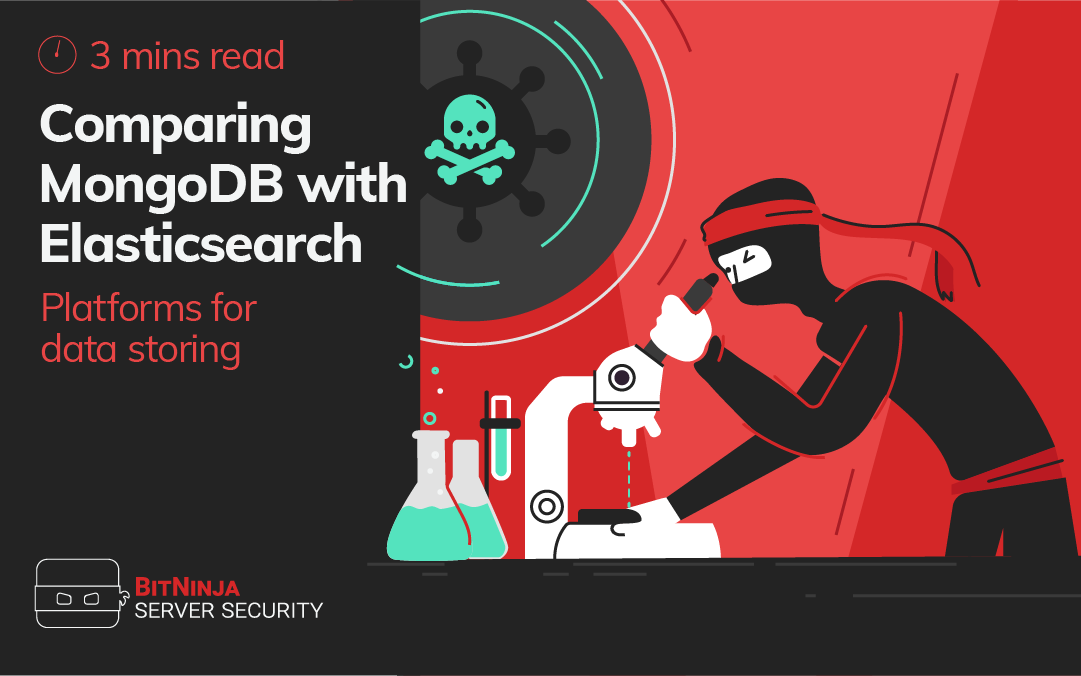 If you’re managing large amounts of data, you need to use a secure database that makes it easy to update and retrieve information. Two of the more popular data storage platforms are MongoDB and Elasticsearch. Both solutions are document-oriented and are easy to scale when you need to grow your business operations.

But how do they compare? In this post, we’re going to look at some of the differences between MongoDB and Elasticsearch so that you can decide which solution works best for you.

It’s also a document-oriented database, meaning it uses collections and documents instead of tables and rows. This is a feature that makes it different than MySQL. This feature also enables MongoDB to be more flexible and capable of keeping up with the speed of modern business.

Let’s take a look at some key features of MongoDB.

MongoDB comes with automatic sharding built-in, so you can distribute large data sets across multiple systems. This is done through horizontal scaling, a process that incorporates more servers to boost capacity as data volumes increase.

Some of the benefits of using MongoDB

Data stored in MongoDB is similar to the data you’ll be working with for client and server-side scripts. This means you don’t have to transfer data from rows to objects continuously.

The data in MongoDB has a flexible schema, which gives you the freedom to use data-matching choices that align with your application’s performance requirements.

Marketed as “Enterprise Search Software,” Elasticsearch is popular among large organizations because of how easy it makes reporting and retrieving business data. Elasticsearch even supports real-time analytics, so companies can search, analyze, and monitor data as it’s being recorded.

Some of the benefits of using Elasticsearch

You can scale the Elasticsearch cluster to thousands of servers and store high-capacity data if needed. This is due to Elasticsearch’s distributed architecture, which makes scaling a simple process.

During an indexing operation, Elasticsearch converts raw data like logs and message files into an internal document. Those documents are then stored into indexes as structured JSON objects

Thanks to automation, Elasticsearch makes adding documents to indices a quick and easy process. It uses RESTful API to simplify the process of retrieving, submitting, and verifying data from your command line. This means you can perform most of Elasticsearch’s operations through the console, which is really convenient.

Speed is another selling point for Elasticsearch. It uses the filesystem cache to provide users with extremely fast searches. Something that most SQL databases aren’t equipped to do.

If you wanted to compare the speed of Elasticsearch with MySQL, the results would be significantly different. It would take roughly 10 seconds for MySQL to complete a query that Elasticsearch could do in 10 milliseconds using the same hardware configuration.

Another reason why full-text searches are extremely fast on Elasticsearch is because of how documents are indexed. Elasticsearch stores the documents in close proximity to the corresponding metadata, which reduces the number of data reads and helps hasten the searching process. What’s more, Elasticsearch uses compression to decrease the index growth rate, which also helps to prevent Elasticsearch from becoming slow and bogged down.

Head to Head: MongoDB vs Elasticsearch

Now that we’ve looked at the two platforms, let’s compare and contrast them.

When it comes to full-text searches, Elasticsearch performs better than MongoDB. It also excels at log analytics because it offers a broad range of aggregation queries and supports Logstash, Beats, and Kibana.

However, MongoDB performs better when you need a scalable database for data in NoSQL format––especially if you need CRUD operations without support for full-text search. As a leader in document-oriented databases, MongoDB performs best as a database with high throughput transactions. Because of this, it’s commonly used for:

But if you need a solution that excels in handling full-text searches, finding anomalies, and logging analytics, Elasticsearch is your best bet.

Choosing the Right Solution for You

Now that we’ve looked at the similarities and differences of MongoDB and Elasticsearch, one question remains. Which one should you implement?

There’s not a straightforward answer to that question. Both are great solutions, but choosing the right option for you depends on your needs and expectations.

Both options offer good solutions to common pain points associated with MySQL, but Elasticsearch and MongoDB are also fundamentally different. Ultimately, MongoDB is a NoSQL database system, and Elasticsearch is a search engine. While there’s an overlap in the services they provide, one doesn’t replace the other.

It’s certainly possible to use Elasticsearch to store data, but we recommend using MongoDB if you need a general-purpose database. With that said, you can get the most out of Elasticsearch by using it alongside MongoDB (or any other SQL and NoSQL database), because you can use Elasticsearch to run complex search queries and analyze the data you store.

One thing is for sure! If you have data, you have to protect it! Cybersecurity is not optional anymore. It is a must! If you run a LAMP stack and haven’t tried BitNinja yet, don’t forget to register for the 7-day free trial! No credit card needed!